Perinpanayagam and I are scooting across sweaty London. He is silent and looks a little angry, but he’s got 4.9 stars so we should get there okay. I’m off to the 40th birthday of a dear friend, still suited and booted having just shot another little corporate training video from the improvised green screen studio in my living room. 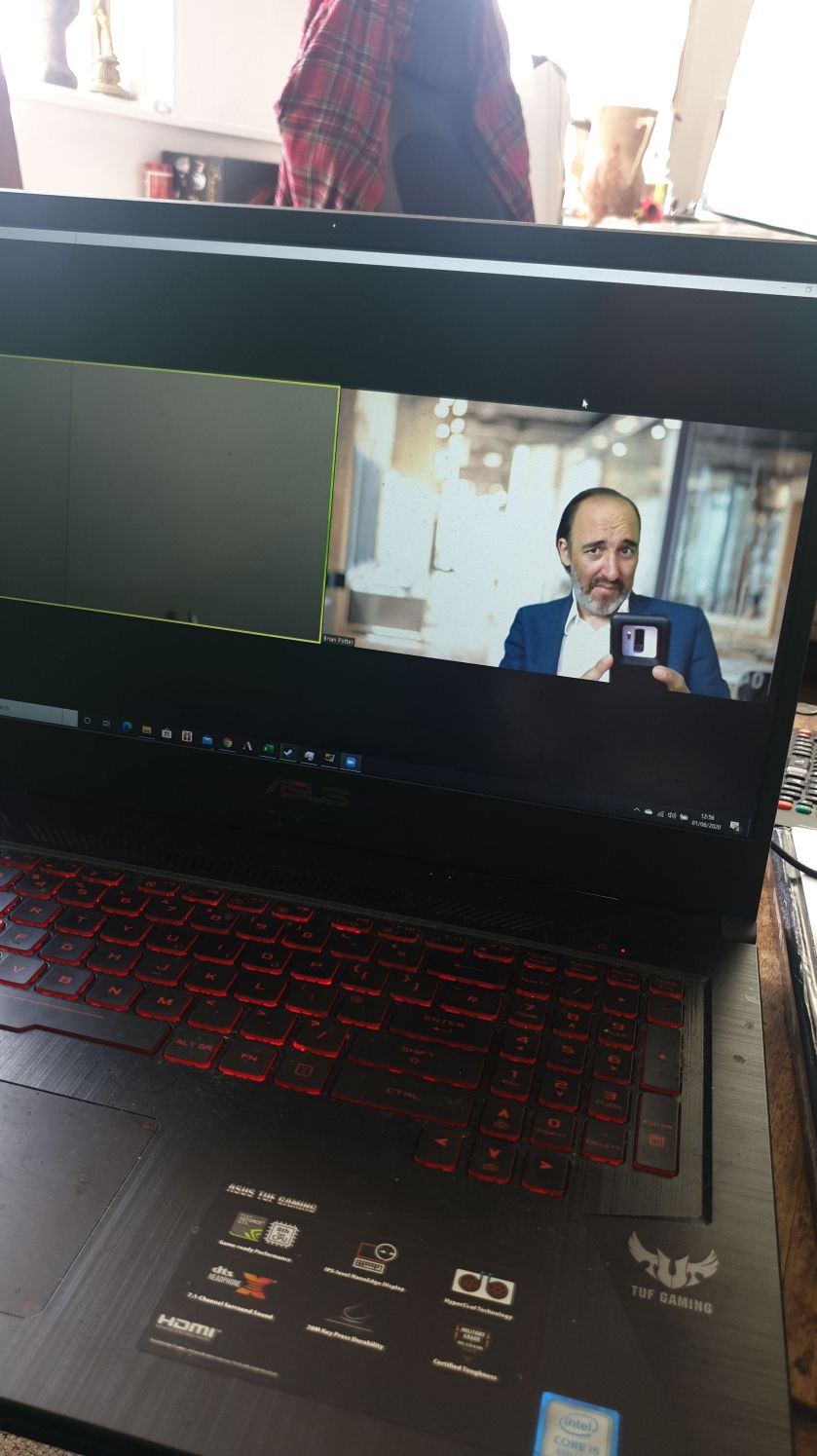 I’m glad that people are still making training videos, through the new medium of a recorded zoom meeting. At the time of writing, despite an iron promise, there is no rent in my account. It’s sitting on the overdraft limit costing me £8 plus credit rating every time one of my direct debits fails. I could’ve cancelled them but I chose to trust instead. Perhaps rash in this instance. I’m finding myself irritated with kk for the inconvenience she’s causing and for her apparent lack of contrition. I don’t think it’s occurred to her to say sorry.

The training video will help though. And it’s not like I’m the only person right now who is having to find new streams. It just helps me understand how fragile the existence I’ve carved together is, that as soon as a couple of those payments are delayed then the outgoings become unmanageable.

It hasn’t stopped me going to a party, with a bottle of prosecco in my bag courtesy of a credit card that is getting closer to the limit every day I’m given another excuse. But sod it, I’m going to enjoy this hot summer evening. And I’m gonna have nice drinks as I’ve decided once again to try to draw a line under booze after today for a while. Time and money are both more important than forgetting, and I don’t feel particularly inclined to waste either one until I’m out of this miniature pickle. If I wasn’t drinking I wouldn’t have to get this Uber as I could drive. That would also mean I wouldn’t have to wear this horribly sweaty mask over my beard. It all stacks, up with lack of means and discomfort as the outcome.

The traffic is atrocious and bits of South London are cordoned off with police cars. It’s the heat. People do crazy things. Still at least the delay gives me time to write the bulk of this before I inhale prosecco. I even had a cheese sandwich to soak it up. Cheap and absorbent. My face will be soaking when I arrive at the party, and I chose to remain in my suit which is all very well and I look nice but I should really be in shorts and a T-shirt like everybody else in the world today.

And it seems that bits of the country are getting shut down again. Even this party – there aren’t many people and we will likely all be standing around in circles.

And it’s only now that I’m told it’s an afternoon party, and it’s already pushing 6pm.. Och well. Probably for the best as it means I won’t get so drunk…