So I let eBay guy get away with it. “Hello, you manipulative fucker,” I said. “You will get away with your shit for now, but later on The Eater of Souls will take your name, and she will gently lick all the colour from your life, like a teenager discovering adulthood.”

I didn’t say that. But I should’ve. Lots of people have been following the idea of my existence lately and have had different opinions. “Tell him to fuck off” I had from many. “Don’t let him win.” I really didn’t want to. But as a seller I actually can’t give him bad feedback. He wants a discount. I eventually tell him I won’t refund him until he gets his shit together.

But guys. Seriously. Let me write my blog earlier. I ask my friends and you either get it or you make it really hard for me like tonight. Tristan gets it. Lyndon always got it. It’s his birthday today and I missed it because he owes me, but he at least knows what it is to have stuff to do. We geeked out about responsibility in LA back then. While I write my daily words I’ll not forget those powerful days. He was amazing at allowing me space when I asked it.

Tonight though I’ve put Mel in my room and I’m on my own sofa, just to make things easier. The guys up the block have painted all my windows shut. Turns out they were doing two layers of paint. Great if they’d told me. Now there’s no scaffolding up the block. My windows are fucked. They were always shit anyway, the fucking unbelievably motherfucking bastard thieves. Bulfords, they were called. Of course they dissolved after the botch job on my block. But how, when I left the windows openable, did they miss breaking the paint? I’m stuck now.

Bulfords replaced my windows originally by telling me they were unsafe. Suddenly for health and safety I had to change all my perfectly good windows. They did it in order to steal my window-weights plus make a bit of money in the process by taking good windows and replacing them with fucking horrible plywood shit. I wish nothing but vomit on the CEO of Bulfords. His behaviour is not incompetent. His behaviour is not even quite manipulative. He’s a baddie. Through and through

Having been the victim of a scam like that it’s tough for me to pin people down when they put scaffolding up the block. But I’ll have to find out how much it costs to get an abseiler to open my windows. Or ideally to replace the Bulfords balsa with windows that make me not want to kill people. Brian’s window is ok as that’s how they were ferrying tea. The rest are painted shut solidly. Despite me leaving them mobile and unlocked.

At some point I’d like to replace all my windows, sure. Try to go back towards what I had before Bulfords ripped me off. But I’ll need money. I have no idea if I can get the value back.  Now, less than a decade later, I can’t open any of my windows because of paint. I’m almost past rage. But there’s no point being angry with Dave and his lot. They weren’t thieves. They did a good job when they weren’t painting my window shut. 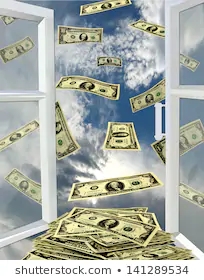