Today was about rest and being a total geek. Sometimes I let it come out.

I didn’t get out of bed until 11. Well, apart from a brief interlude to feed Flavia’s cat. Meg started cavorting on me at about 7 and stepped up her game at 9. I staggered grunting and subservient to her plate and squelched in a packet of her horrible fishy cat stuff. Then I went back to bed, couldn’t sleep and read comics for two hours. (2000ad anthologies. Halo Jones, Shakara and Strontium Dog in case you’re wondering.)

Even when I got up, I just stumbled around playing stupid games. I realised I’d left a bag in the performance venue, so I booted up Pokémon Go and walked there and back. You can only hatch eggs by walking long distance, you see. The game means very little to me. I am irretrievably behind everyone that plays and I’ll likely not switch it on again for months. But I was looking for things to do that didn’t involve talking with anyone so I could have full vocal rest. My upper register is back already which is great. There’s something to be said for not talking. Next time I’ll remember to think of the expensive training that I so wilfully ignored in my pursuit of authentic medieval kinging.

I’m glad I wasn’t talking though, as it stopped me answering the phone. I was getting text messages and answerphone messages and calls all over the shop from people that want money from me. Thames water, council tax, EDF, Vodafone, credit card. All in one day. Gah. It’s like a conspiracy. They must know that Aldi is due to pay me any minute now, and they want their pound of flesh to make sure I can’t fix the boiler. What they don’t know is that something is round the corner that will allow me to have loads of fixed boilers – all the fixed boilers I could dream of! I have no idea what it is yet, but it’s coming…

I went home and had pasta Bolognese with Brian (the reduced Gods decreed mince). Then we watched Rogue One. That’s a good Star Wars film. Just as well, because if people are watching them chronologically it’s the first one they’ll come across, and it’s a lovely franchise. I like the fact that, through the blind guy, they move the force back to what it was before Lucas puked midichlorians all over our imaginations. And his use of a mantra associates the force with Buddhism. “I am one with the force, the force is with me.” It might as well be Nam myo ho renge kyo. It protects him from lasers! I’m not expecting any lasers but I’m hoping it’ll help me protect myself from creditors.

Now I’m going to have a bath, and get to sleep by midnight in my own bed. I’ve done sod all today apart from pass the time. I saw Flavia for about half an hour when she got back from Crete, and then I went home. Sometimes it’s good to do sod all. It means I can regroup. Tomorrow I’ll be auditioning and thinking about money. I am one with the force, the force is with me. NMHRK. All will be well and all will be well. 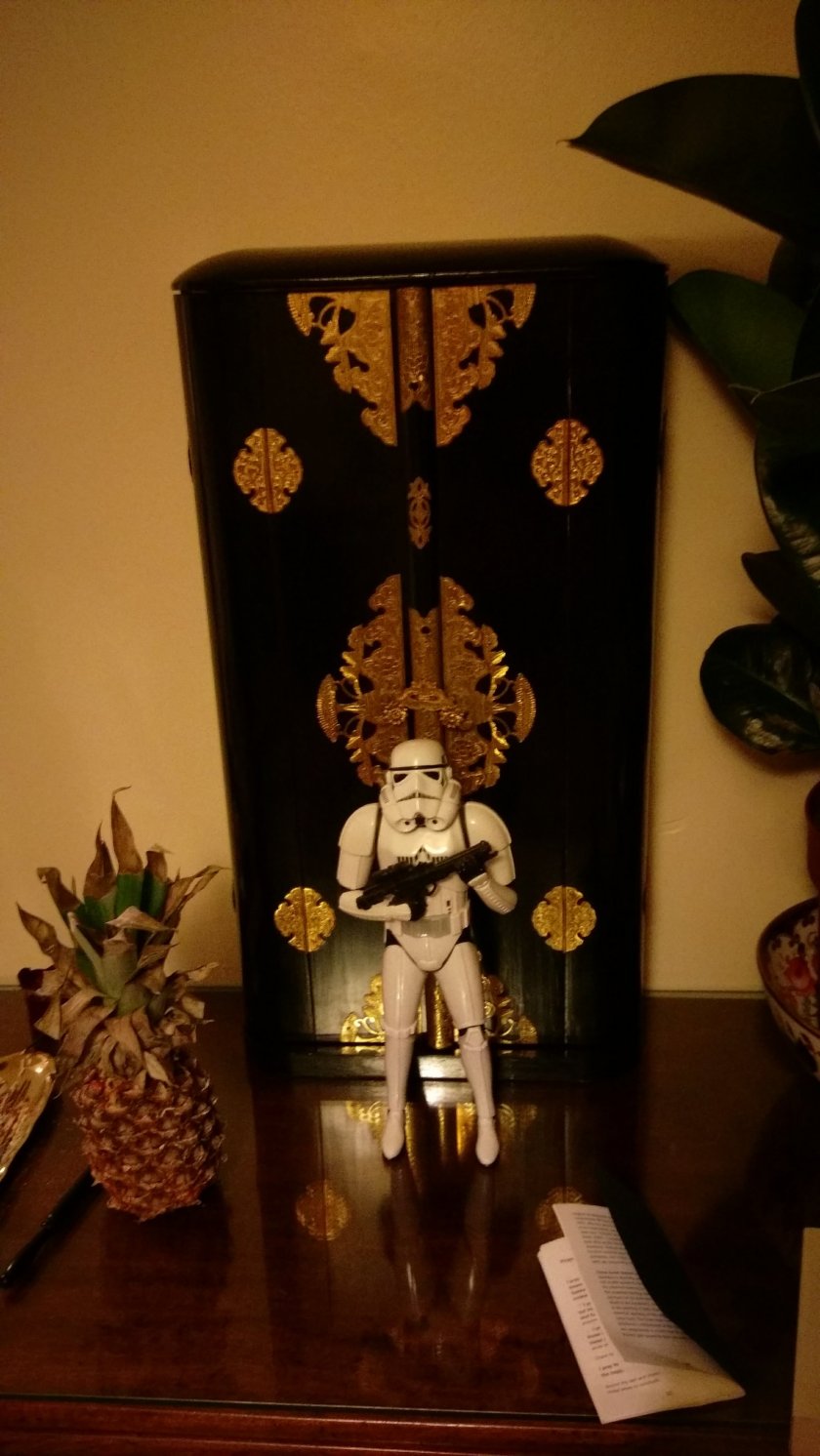 As we walk through the city at dawn, the trees are alive and swarming. Thousands of starlings, their sound almost as if it has been electronically amplified. They flow through the branches of these tame urban trees in the piazza, as they wait for the moment to launch. If you clap your hands there’s a flash of silence as they link their hivemind to ascertain there’s no danger before going back to their squabbling. Soon, when the sun rises behind the station, they will all simultaneously launch and circle above the square, weaving and spiralling in their impossible vast cooperative murmurations. My grandparents always thought of these flocks as significant. “Someone is thinking of you.” I find them fascinating. Do we have the capacity to move so gracefully together, united with no leader? Under what set of circumstances can we move like that, connect like that, fly like that?

It’s lovely to be away from home again. Lombardy is still pretty warm, and the work is far from punishing. This morning was just a short high energy shift in the morning, and nothing until evening. I took the time to pound the streets, as is my wont, and try and connect with the flock of people here. The apartment blocks are often beautiful, with marble colonnades and modest sculptures. Old men sit outside coffee shops smoking. The streets are nonsensical, winding round arbitrarily hither and yon. Roots push up through the tar. The basilicas are open and virtually unstaffed. Huge low dark buildings with painted ceilings and shrines. “Don’t come in unless you’re here to pray.” I lit a candle for my Catholic mother. I’m slowly candling my way through the Catholic world, speeding mum through purgatory as best I can. Another city in Italy, another incompetent but earnest prayer, another few hundred years off the ticket.

I’m a fan of mixing my metaphors, so the afternoon took me to the Buddhist Centre. I went with Max and Chanie. Max is a fashion photographer and he’s just had a baby with Chanie, an ex model from London. I hadn’t met either of them before but they’re friends with a friend,  good people, and despite neither of them being Buddhists they wanted to go to the new Milan Buddhist Centre and had a car so that was a shoe-in. We spent a sunny day getting to know each other which has now ejected me onto the steps of the Duomo as the sun sets. I can see no starlings, but there is a huge murmuration of tourists in the piazza, chittering, weaving and squabbling as they go about their business. If I were to make a loud enough noise, they would all simultaneously stop and assess the danger, then continue where they left off. There’s so much colour here. So much variation. So many different humans milling around doing their own thing but not bumping into one another. I could sit here and observe them for hours, only I’m supposed to be doing some sort of award ceremony later this evening. As far as I understand I’m the guy that says “And the winner is…” Simon Cowell wasn’t available.

I’m still in my costume. The advantages are that I don’t lose my sunglasses and hat, and that I can people watch without making people self-conscious. The disadvantages are that I stick out like a sore thumb in this city of fashion, and that there’s an ever present danger of falling into a manhole or walking into a lamppost with these glasses on  I can safely sit and watch the people for a while, even if I can barely see them. I can try to find a way to link minds with everyone in the square and get them to fly with me, even if just for a moment. It’s got to be worth a try. Then I’ll go to work. Or fall into a manhole. 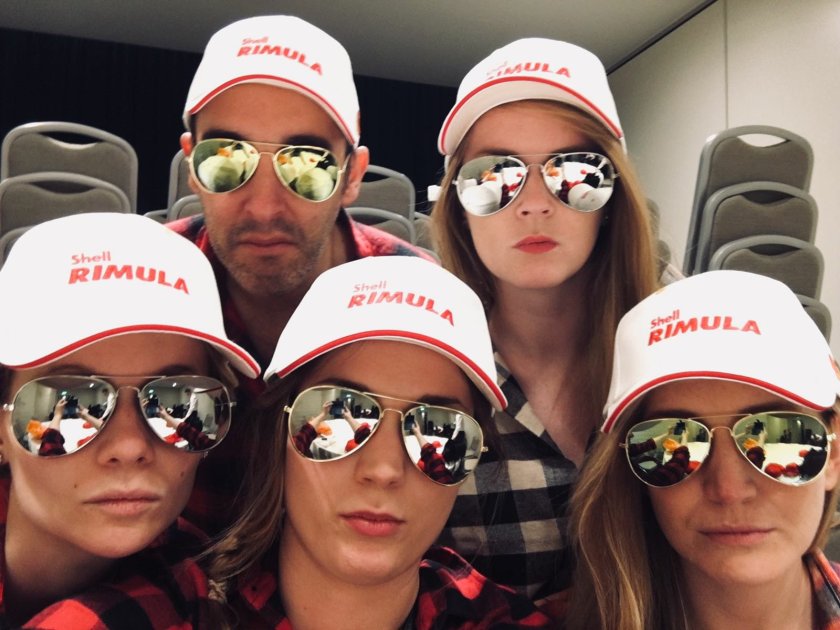 Day 4 and I’m beginning to miss the easy friendships I left behind. The golden people where you can simultaneously love, mock, comfort and challenge one another. Now I am surrounded by strangers and have not carved out those furrows. There ARE old friends but the weight of years apart pulls heavy. Today was admin. Photos. I dislike looking at myself in a mirror so it’s been incredibly valuable to crowdsource opinion on my headshots. Thanks anyone who helped with that. I’ve been thinking about that tendency in me not to like to look at myself, in the context of what I am doing and where I am. What the hell am I doing drinking in LA at 27? Well, I’m neither drinking nor 27 fuckit. But I’m here. I always used to say “I’m the opposite of LA.” “Oh I’m not the type of person who goes out there.” I’ve said that many times. I suddenly wondered why. And I realised that, as much as anything else, it’s been informed by my love of words. I’m the opposite of LA. Simply because I’m AL. Yep, that’s the sort of shit I do to myself. So I had to come out here. To look at myself. To see if there is anything in LA for AL.

Everything here costs money. It’s not very forgiving. There’s a hierarchy of deserving based on ability to pay. It drives one to want to make more money. It drives ambition. The undercurrent is “there’s a huge amount of money here. If you can’t afford it, get some of it, climb the ladder, play the game, that’s what we do. Dance bear dance.” And yet somehow it feels like people are dancing for themselves in the mirror, not for the sultan. And perhaps I need to dance in the mirror for a bit. I need to be able to look hard at myself to properly take ownership of what I am trying to achieve professionally, which is career longevity and continuous challenge. And people do that here.
I fit right in to this place spiritually, in that it is as confused as I am. What am I? A practising christianobuddhist greek pantheist. Utterly pretentious, doubly confused. It probably make my tinder profile here go bananas if I put it. There’s a hindobuddhist palmreading tarotovoodaic psychic ayurvedic astrologicoptic herbalist medium on every street corner peddling massively conflicting ideas for 10 bucks. “Do three hail shivas every morning while banging a gong with a chicken leg and chewing fennel.”
This morning 20 women of all ages with bright floral lycra went through asana to the soundtrack of one grunting man at the back wearing sheer Bikram pants and feeling like he’d somehow teleported into one of those seventies movies his mother used to watch. He hasn’t found his groove yet, nor his people, nor his area. But he’s trying to remember who he is through the prism of getting up every morning and saying yes to everything.
I’m glad I’m here, and equally glad that I am not enmeshed in the game of here. I want to play it a bit. I do want to go into a studio and have a couple of meetings and see that side of it. But I haven’t buried my expectation in it, which makes me feel like I have perspective. Today has been admin so no walking. Normal service will probably resume tomorrow. 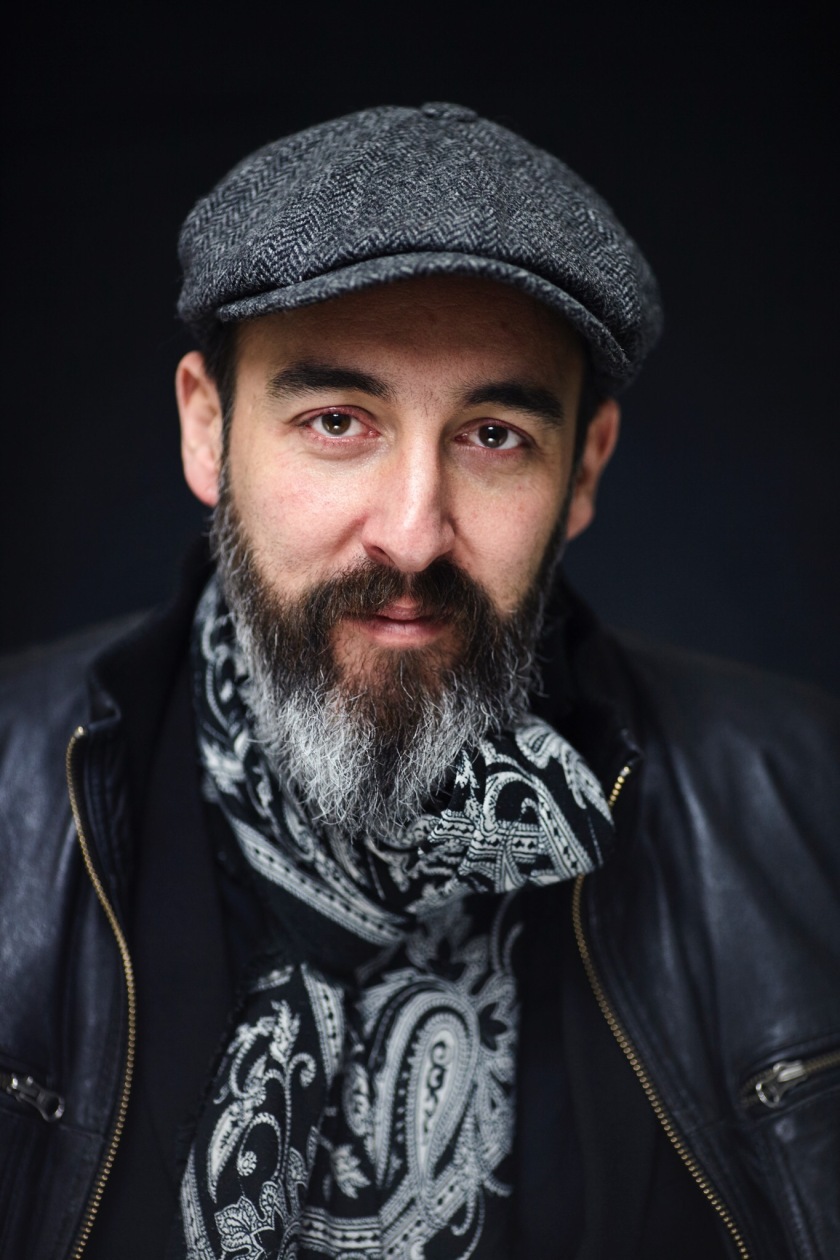 This beautiful shot was taken by David Drew.