I’m back in my armour. I’ll be sad when this three-piece finally wears through which it will considering the amount of use it gets. Putting it on today has made me understand practically that I’ve been eating too many pies. Or perhaps drinking too many tasty sugary drinks. A couple of months ago there was a bit of flex in here. Now I’m stuffed into this waistcoat like sausage meat. I think I might have to turn my legendary stubbornness into an exercise regime and tie it to the blog. Obviously I won’t be smashing myself on a treadmill, but It’s around this time last year that I started my daily yoga routine, and I loved it. Admittedly that was in LA where doing yoga is like having milk in the fridge. Over here they make it much more expensive and those lovely sunny walks with my yoga mat to airy talkative spacious classes are replaced by slogging through squalls to a soggy reeking cupboard full of people that won’t make eye-contact in the changing room.

One of my friends has started an exercise regime recently. It’s inspiring. It’s tempting to copy her. I want to focus on making myself mister employable and that’ll help. Might help me feel more eligible too and to get off my arse about dating. But right now, because I’m mister not-freezing-my-tits-off-at-home, I haven’t the filthy lucre for classes or dates. And Gods I detest running.

It’s ridiculous how much people pay for gym memberships, especially considering that the majority of them tick over month by month virtually unused. It’s a huge scam. They often don’t even list the prices so that some jumped up chunk in a T-shirt can use his limited empathy to try and determine what you’re worth and then ask for a little bit more than you can easily spare. Tip: Never get excited about anything when they show you round. If you’re in a job you hate that pays a regular salary you might just sign up to that monthly pound of flesh for the fantasy of a new you that looks like the model in the photo and doesn’t have to input numbers in a cell for 8 hours a day while an angry sociopath bellows at you about productivity.

A good thing happened to me today that will help keep me from those sociopaths a bit longer and might mean I don’t find gym prices quite so offensive a couple of years from now. I’m thrilled about it, but I’m going to do that annoying thing that people do on social media where they intimate that something lovely has happened but then go all coy about the details. I’ve got to do some groundwork before I can throw this news out widely. But apparently nice things can happen to bearded fools. I’ve been grinning all evening. It’s good timing too, just after my blogiversary and shortly after the turning of the year. All this combined has catalysed these thoughts about rendering out the bearded adonis version of Al Barclay so I can swagger into auditions, flex my rippling chinceps and shatter the lens with the dazzling smile of a happy man. Here’s to 2018.

Year One: Day 2 – Checking my privilege in a beautiful place

Day 11. If I were to spend too long out here I’d lose the ability to understand what “cold” means. Everyone is bitching about the temperature. It’s about average early Spring London temperature, and yet I’m sitting by a heater. There’s a small dog attempting to burrow through my crotch, lemongrass oil diffusing into the air, and Bon Iver on Spotify. It hasn’t taken me long to start taking on the tropes of this place.

This morning as I was walking to Yoga I made a point of observing all the things that were different over here. The roads are comparatively huge, the stop signs take ages, the buildings are mostly bungalows or one story, there are pick up trucks everywhere, unfamiliar fire hydrants, odd signs for familiar things, Spanish as a second language, football is called soccer. 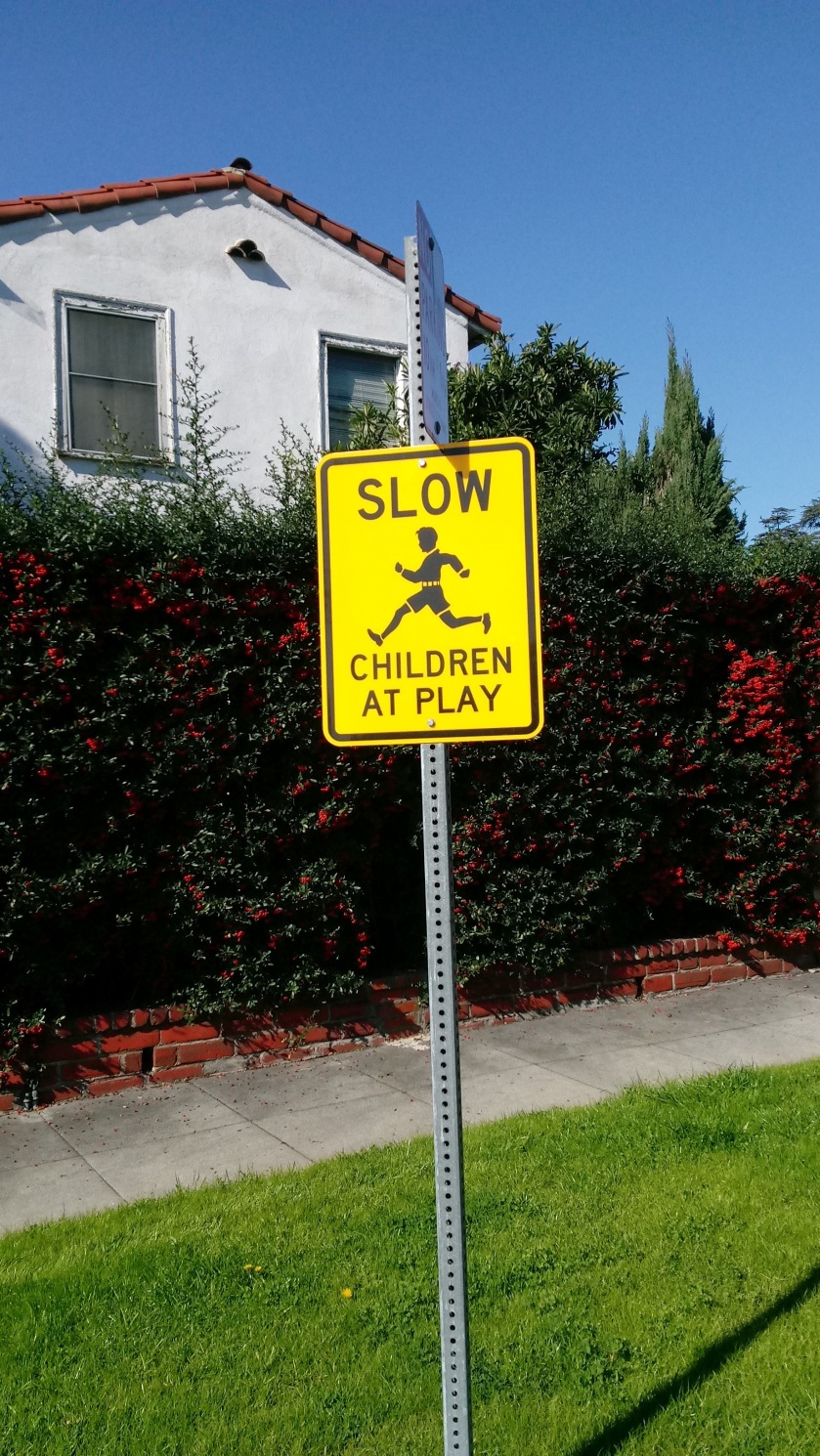 It doesn’t take long to stop noticing these small details, but they’re significant. I’m in a very different place and I can cement some habit changes. Like Yoga every day for a start. I’ve come to the conclusion that I should’ve been doing daily yoga for years. I talk myself out of stuff as I say I can’t afford it. But it’s great. My best friend does it daily and she’s my best friend. She knows things. There’s got to be a reason for it.

I go to Yoga Works in Larchmont. It was the first yoga studio in Los Angeles, opening in 1967. Which is nuts considering today there’s a different take on yoga on every street corner. I was leaving a coffee place called Go Get ’em Tiger. Great coffee, very LA name, dodgy internet. I’d been trying and failing to consult google maps for a yoga class and a woman with a mat walked right past. “Where are you going with that mat?” “David’s class, of course.” “Me too!”. Not technically a lie because I went. And David’s class is great. It’s Vinyasa Flow level 2/3 so my first class involved a lot of peeking at the people next to me. As it turns out I know a lot of it from back when I was at drama school and different teachers had assimilated different parts of it into their lessons. The body remembers even if the mind doesn’t. Now I’m addicted.

I’m one of the only men in the class. Sometimes I AM the only man. I wonder about this. The class is at noon. Maybe it’s that all the men are going to some crazyass martial arts yoga class in a different part of town where they can punch stuff and shout “Yah”. I’m not in a state of mind where I want to go to Cobra Kai right now. I want Mister Miyagi. David’s the closest I’ve found although the studio is in pretty good nick and doesn’t need painting or waxing.

I like the stricture of yoga, in that you’re essentially in a battle against your own cowardice, against your own mind. I’ve spent years letting my logical brain cripple my actions. It’s masterful at it. In this class I’m already finding myself doing things physically that I’d decided I could no longer do. And it’s coming from me, David is just facilitating. It’s a big class. Having moved my body in ways I thought were closed to me, I go back home and do things I’d normally talk myself out of, like make that phone call, send that email, ask for that footage. It only takes two weeks to change a habit. I have a month and a half left of yoga here. Once it expires I might find Cobra Kai and shout and punch stuff for the last two weeks. But this is just fine for now. Wax on. Wax off.

Day 4 and I’m beginning to miss the easy friendships I left behind. The golden people where you can simultaneously love, mock, comfort and challenge one another. Now I am surrounded by strangers and have not carved out those furrows. There ARE old friends but the weight of years apart pulls heavy. Today was admin. Photos. I dislike looking at myself in a mirror so it’s been incredibly valuable to crowdsource opinion on my headshots. Thanks anyone who helped with that. I’ve been thinking about that tendency in me not to like to look at myself, in the context of what I am doing and where I am. What the hell am I doing drinking in LA at 27? Well, I’m neither drinking nor 27 fuckit. But I’m here. I always used to say “I’m the opposite of LA.” “Oh I’m not the type of person who goes out there.” I’ve said that many times. I suddenly wondered why. And I realised that, as much as anything else, it’s been informed by my love of words. I’m the opposite of LA. Simply because I’m AL. Yep, that’s the sort of shit I do to myself. So I had to come out here. To look at myself. To see if there is anything in LA for AL.

Everything here costs money. It’s not very forgiving. There’s a hierarchy of deserving based on ability to pay. It drives one to want to make more money. It drives ambition. The undercurrent is “there’s a huge amount of money here. If you can’t afford it, get some of it, climb the ladder, play the game, that’s what we do. Dance bear dance.” And yet somehow it feels like people are dancing for themselves in the mirror, not for the sultan. And perhaps I need to dance in the mirror for a bit. I need to be able to look hard at myself to properly take ownership of what I am trying to achieve professionally, which is career longevity and continuous challenge. And people do that here.
I fit right in to this place spiritually, in that it is as confused as I am. What am I? A practising christianobuddhist greek pantheist. Utterly pretentious, doubly confused. It probably make my tinder profile here go bananas if I put it. There’s a hindobuddhist palmreading tarotovoodaic psychic ayurvedic astrologicoptic herbalist medium on every street corner peddling massively conflicting ideas for 10 bucks. “Do three hail shivas every morning while banging a gong with a chicken leg and chewing fennel.”
This morning 20 women of all ages with bright floral lycra went through asana to the soundtrack of one grunting man at the back wearing sheer Bikram pants and feeling like he’d somehow teleported into one of those seventies movies his mother used to watch. He hasn’t found his groove yet, nor his people, nor his area. But he’s trying to remember who he is through the prism of getting up every morning and saying yes to everything.
I’m glad I’m here, and equally glad that I am not enmeshed in the game of here. I want to play it a bit. I do want to go into a studio and have a couple of meetings and see that side of it. But I haven’t buried my expectation in it, which makes me feel like I have perspective. Today has been admin so no walking. Normal service will probably resume tomorrow.

This beautiful shot was taken by David Drew.