Some scientists showed up at rehearsal yesterday. They want to put the equivalent of a Fitbit on us during the show in order to back up whatever experiment they are making. I remember leaving my Fitbit on one thoughtless night under my nightie for Christmas Carol. It was an insane spike in heartrate until I discovered it and shoved it off from under my nightie, thankfully before any reformed handstands exposed it to the audience. But that show is Jack and I alone with sixty people, where we offer them freedom and then have to put up with the consequences. It’s high stress, full on, acting and managing simultaneously.

These scientists are looking at performance stress, ostensibly. To hear them talk about it they’re looking at what they call “the lowest paid professional job with the most stress”. That’s me and my industry for sure. They tell us they want to see what the stress levels are like. Super high, of course. But also, for me here, I’m not sure how much help I can be for their research. I’m in a comparatively super-relaxed place right now. I have literally forgotten that it’s possible to be in a piece of theatre where I am not constantly on stage. It makes me want to bring more and more to the wee bit I’ve got. I think this show is going to be unfamiliarly relaxing for me when held against Carol, or Factory, or most of the squeaky bum stuff I end up making surrounded by gloryfools where the buck stops OW.

This company is a joy. You never know what you’ve signed up for until you’ve spent a bit of time. I’m very happy to feel that I’ve landed surrounded by consanguineous misfits in this pile. I’m happy here and I can make something of the part they’ve handed me that honours their needs and my tastes simultaneously.

Meanwhile, I’m in Oxford. I’m staying at Ginny’s. She was at Ashdown House with me back when we were younger than her eldest daughter is now. It’s a piece of my past I keep thinking was long gone but which keeps resurfacing positively. Damian – an actor I admired – waited for me after my first premier, forever ago, to say well done to his fellow Ashdonian. A hell of a gesture back then. I didn’t understand it at the time even if I appreciated it.

I think finally now I’m learning, partly through this blog, that the things that make me who I am are not to be ashamed of. My past happened. So yeah, Ashdown House was an amazing paid for preparatory school in Sussex and it’s where the likely future PM went to prep school and I was there too. I didn’t coincide with clownface. His brother was my authoritarian dorm captain for a term though.

I introduced Brojo to the stage a few months ago as a guest speaker at some dinner at The Globe. I snatched a moment beforehand to tell him he had been my dorm captain. He didn’t really know what to do with it but it was a bit of unexpected past and none of us can be ready for it. That’s fine though. Sometimes people from my past come to my shows and I don’t know them immediately as my head is elsewhere. They have all the time in the world watching, and I have none when they catch me. I’m trying to avoid calling everybody darling but the older I get the more tempting it is as a catch all. “darling, how are you!” Not sincere but safe…

At Ashdown I was dorm captain for Small Boys dorm, and I tried not to be a dick. Who knows how my cackhanded attempts at leadership fell. I know I looked after some fragile hearts for the few months before I was taken away from the school by my parents. But it was so long ago now… I often wonder if I’d recognise the kids I tried to nurture now we are all ancient. It’s good that I’m still in touch with Ginny, for certain.

Two things about Ginny and I: 1: We never behaved like we were super important with no basis then. 2: Neither of us are MPs now.

Maybe we should run for office. I don’t think I deserve it, which would make me stand out… Ginny would be awesome. If anyone needs a stress monitor it’s her, working for the NHS, 4 kids and still putting an old actor friend in the office on a pull out bed… 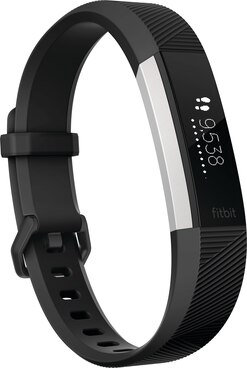