Hello everyone. My name is Jay and I answered the ad. I haven’t heard of “famous actor Al Barclay” before but they said it is fine, I can still provide blog cover while he is “relaxing at Wilderness.” I often don’t know when someone is famous because I mostly spend my days baking, but mum said getting a job will be good for me even if it’s just an unpaid intern. She hasn’t heard of this actor either but she’s out of touch. She still likes Justin Bieber ha ha! The job website said he is important and his PA seemed nice although his socks don’t match. I’ve done some google on Wilderness though and I think I’m ready and I can do a good job. Hopefully when he sees how hard I’ve worked he will give me some money. Here’s today’s blog:

The flight to Adelaide was very long so I entertained everyone by singing showtunes. They threw flowers as we landed and I danced out of the plane into a wave of heat. The ambassador was there on the runway to meet me. “It’s supposed to be winter in Australia,” I quipped, pretending to wipe my brow and flashing my famous smile. Oh how they all laughed.

As we were driving to Medindie a crocodile blocked the car. “Leave this to me,” I said, and confronted the beast. I lay on my stomach before its huge head and began to cry. I used my acting skills to make my body like a crocodile, and because it could see that I could cry at nothing it fell in love with me. I asked it to leave, in crocodialect, and it did so, gracefully. We got back in the car. The ambassador praised me for my acting, gave me a bravery award and threw a flower at me. “Oh it was nothing,” I said. It wasn’t true, but I acted, so she believed that I thought it.

Then we arrived at Wilderness. There are kangaroos everywhere. 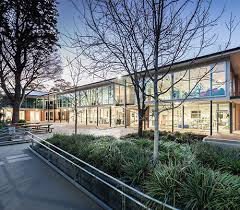 Wilderness was established in 1884 by Miss Margaret Hamilton Brown, when she educated her delicate sister Mamie from home. Now it has moved to a larger campus, and even though Margaret passed away in 1954 her legacy lives on. It’s a non denominational Christian school and takes girls up to the age of 12. Their motto is “Semper Verus” which means always true. That’s why I was there, to teach truth because it’s what acting is or something because like if I’m playing a part then I have to say stuff that’s lying but make it true. Anyway, Australia is upside down which is why term is happening now but everyone is on holiday everywhere else in the whole world.

I did a drama game where everyone had to tell lies like they were true and afterwards I told them all how well they’d done but that was a lie. They thought it was true because I did acting. I flashed my flashing eyes. They all threw flowers at me and all the teachers fell in love with me.

Then I went into Adelaide to be famous for the evening. That’s 500 words. He said it’s all I have to write. See you tomorrow, fans. If you like what you see subscribe. #actor #actorslife #blessed