It’s about 7pm. I’m by Victoria Park and the sun is moving slowly towards setting. It’ll take 15 minutes for the boat to fill with water so I’m easing back on the towpath and writing this. We’ve just come from Broadway Market. I found twenty quid in an old pair of trousers so we bought some £3.50 coconuts to drink from the hipster with the knife. She bought some sort of vegan wrap but I was still stuffed from my fat breakfast. Now as evening comes I’m beginning to feel the pangs of hunger. But it’s another hour to Hackney Wick and we can’t stop before then because it’s the stealy bit. I’ll pilot hungry for a bit to make sure no teenagers crowbar her lock in order to steal her incense burner or – I dunno, a book of poetry? Some pans? They’ll be disappointed whatever. But they don’t know it in advance and they’ve got a crowbar, fingers and no social conscience.

The boat is temperamental today. She cuts out if the engine isn’t running hard in gear, so we have to move fast or not at all. Suits me. All the osmosis skill from that lovely time I had on the RIBS that ended so petty and so foul. It went somewhere, even if knots are still spaghetti in my brain and I still see red if I think too hard about it.

The canal is fecund, coated solid with green. The coots are nesting. The beer cans swim happily alongside the ducks. The towpath is jammed with cyclists and lovers, dogwalkers and friends. There’s heat in the air, and the rich promise of more summer to come. More heat. Which is problematic as we can’t dump our bucket of shit. The sanitary outlet is bust. Damn.

In just one day here I’ve run into two people I know, not counting her. There’s a community on the canal and it elides well with some of my other communities of relaxed and broke artistic souls who don’t mind hard work. You can’t have a Narrow Boat and be a dogshit human. The maintenance will bury you or you’ll get craned out for not moving. I’d sink mine by putting too much stuff on it, I reckon. She copes well, but she’s only five foot two so has more room. And she’s a worker. She’s been trying to sort the shitbucket and I’ve just been writing. I don’t feel bad about it though, cos none of the shit is mine.

I’m writing like this is my life every day but it’s not, of course, you know that. I’m having a holiday in it. But it’s a joyful one. This is my only day of weekend before I fuck off to York and then drive around like a maniac lifting and dropping and shifting and cropping and drifting and flopping. I might end up with a car by the end of the week. That’s the plan anyway. Buy one up north at the end of the job. Hammer it back home.

But for this evening, I’m going to be Keanu in a slow version of canal boat “Speed” with a shorter blonder Sandra Bullock and a bucket of shit. 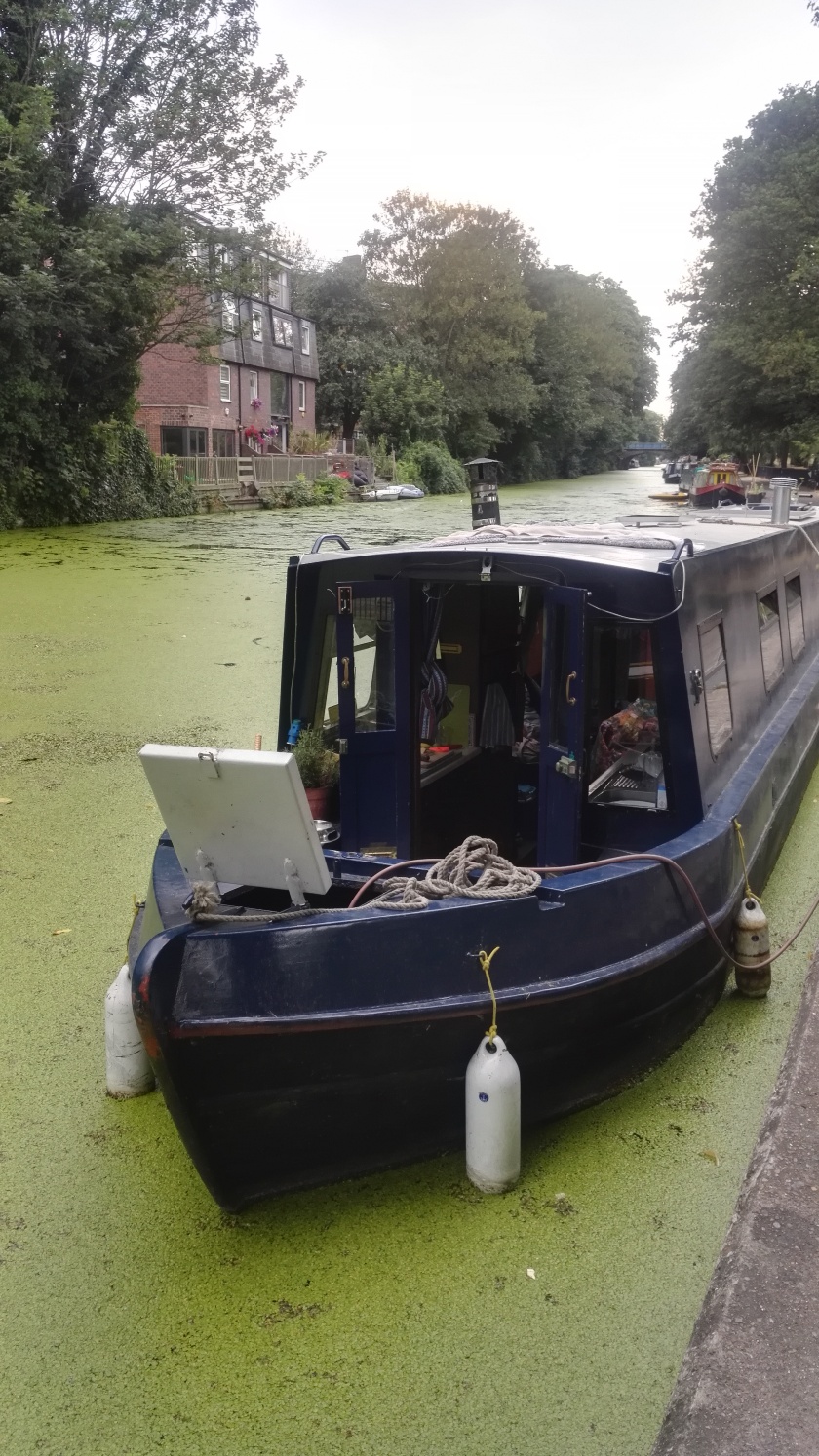