There’s a tunnel in Waterloo which is a throwback to the eighties. I have no idea what it’s supposed to be called. It’s usually called “The graffiti tunnels.” In the graffiti  the war between creatives and morons is played out in microcosm. One person comes and works hard for hours making a beautiful thing. Then they leave, and some prat calling themselves “Spunz” or whatever comes along to spray their dull tag all over it in twenty minutes before walking away feeling like they’ve achieved something. Spunz has no handle on the distance between creation and destruction – which is a major societal problem but that’s for another blog. This graffiti is all sanctioned anyway. Nobody is doing anything subversive by spraying here. The zone is using up spray paint money and time that might otherwise be used to write political slogans in unwelcome and obvious public places.

I was working in “The Vaults”. That’s the name now. It’s a network of old tunnels in railway arches. I’ve been building-in a show. We were very much on that boundary between creation and destruction. I was helping build “Neverland”. But first I had to destroy the remnants of “Hair, the musical”, which had been left there by whoever was supposed to get it out. I broke a lot of stuff, and threw a lot of things away.

When I arrived on site they gave me a face mask for dust and a fifteen minute talk stating the obvious – along the lines of “If there is a large pit full of spikes, don’t jump into it. Make sure you don’t try to eat the tools. If you have a blow torch don’t hold it to your eye.” The only unusual part of the brief was “There are no fire drills today, so if there’s a fire alarm … um … stay where you are because it’s probably not an actual fire… um … yeah… we’ll tell you…”

A face mask – to wear on site. “What a load of nonsense,” I thought, conditioned by the brief, almost throwing the mask aside. Then I walked into the dustiest room in the history of mankind and immediately attached my mask, thanked God for my mask, and made sure my mask was sealed. Mask firmly in place I helped bang together a load of scaff alongside a bunch of people who had named their company after some Irish mercenaries who show up in Macbeth. After a few hours they kicked off because the job was different from how they thought it would be. I absented myself, washed unbelievable amounts of grease from my hands, found SOME GLOVES and started humping vast amounts of furniture in from vans.

I’ll be back in the next few days for more humping. There’s much to be done. After all the humping we’ve done already I’m exhausted, but I’m happy to hump in the name of good theatre. I can hump with the best of them.

Neverland is going to be wonderful. It already is. It ran in Sheffield for December with exactly the same run as my Carol. I’d love to have seen it. I took up a vanload in November for them, and I read the script with some of the makers before rehearsal started. I heard the songs. It’s a glory. You’d have to be soul-dead not to be moved by it. And there are lots of lovely people (and me) working bloody hard to build in the set on multiple levels, and to make it all magical and beautiful. Plus, most importantly, I can confirm that we have been properly briefed at length about health and safety.

Here are two of us – (both beautiful humans who fearlessly but ambitiously make glorious things.) They’re humping stuff together. Maybe if I put a photo of  two attractive young men humping it’ll get me more followers. I’m told that’s how the internet works. 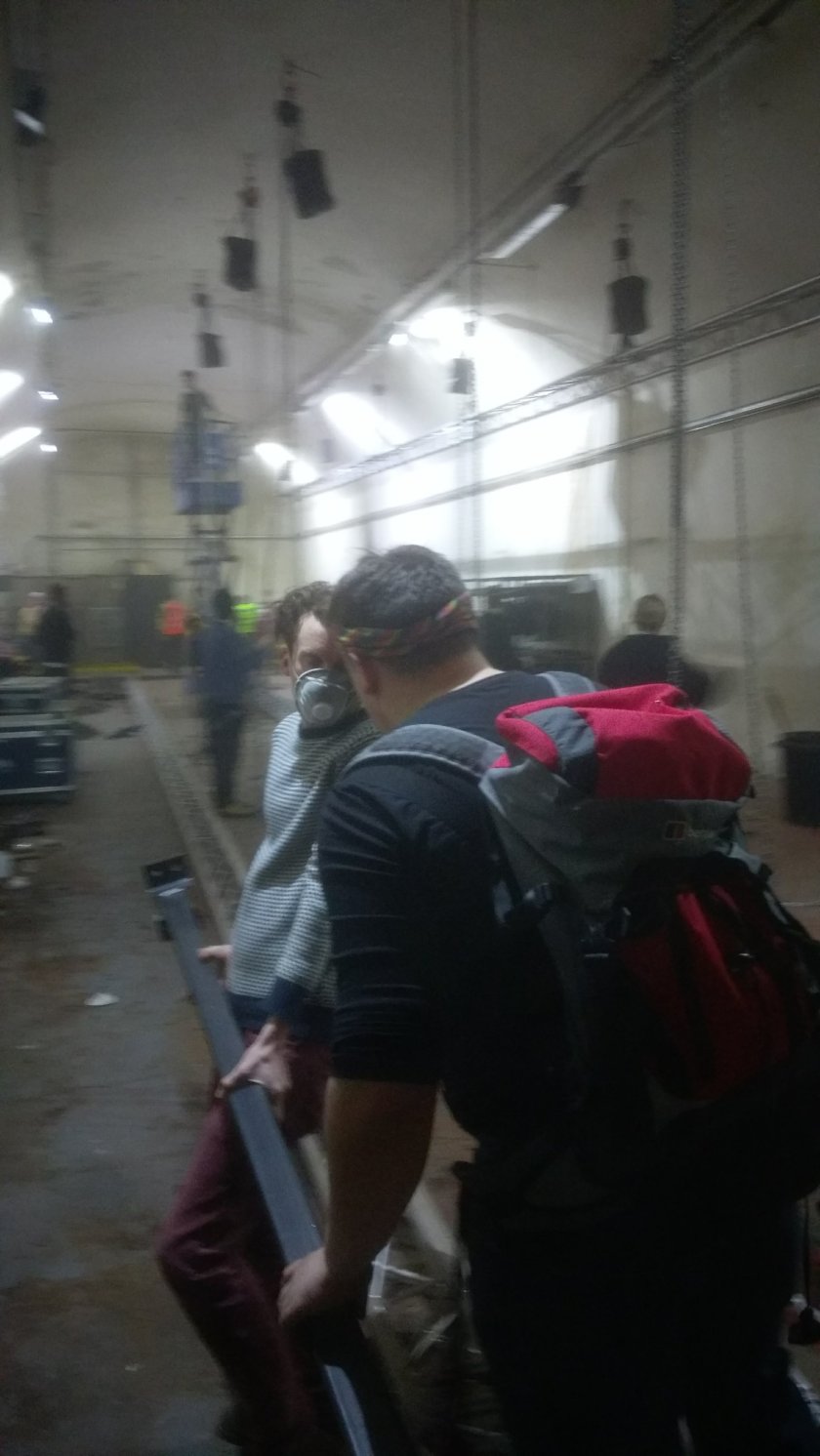