I’ve just been to see Jack and Annabelle playing in Macbeth in Guildford. What a lovely chance. They never did anything false. It was a treat.

I sat with a pile of old friends, by coincidence. It’s lovely to see good friends working well. Annabelle sorted me out with a ticket. She’s Lady Macduff and a witch and many other parts to boot. She told the truth and worked with her usual interesting choices. It’s so hard to watch a show you know backwards forwards and inside out without making comparisons, but I enjoyed myself this evening. When you know what everybody is about to say, it’s about how they say it. Delivery… 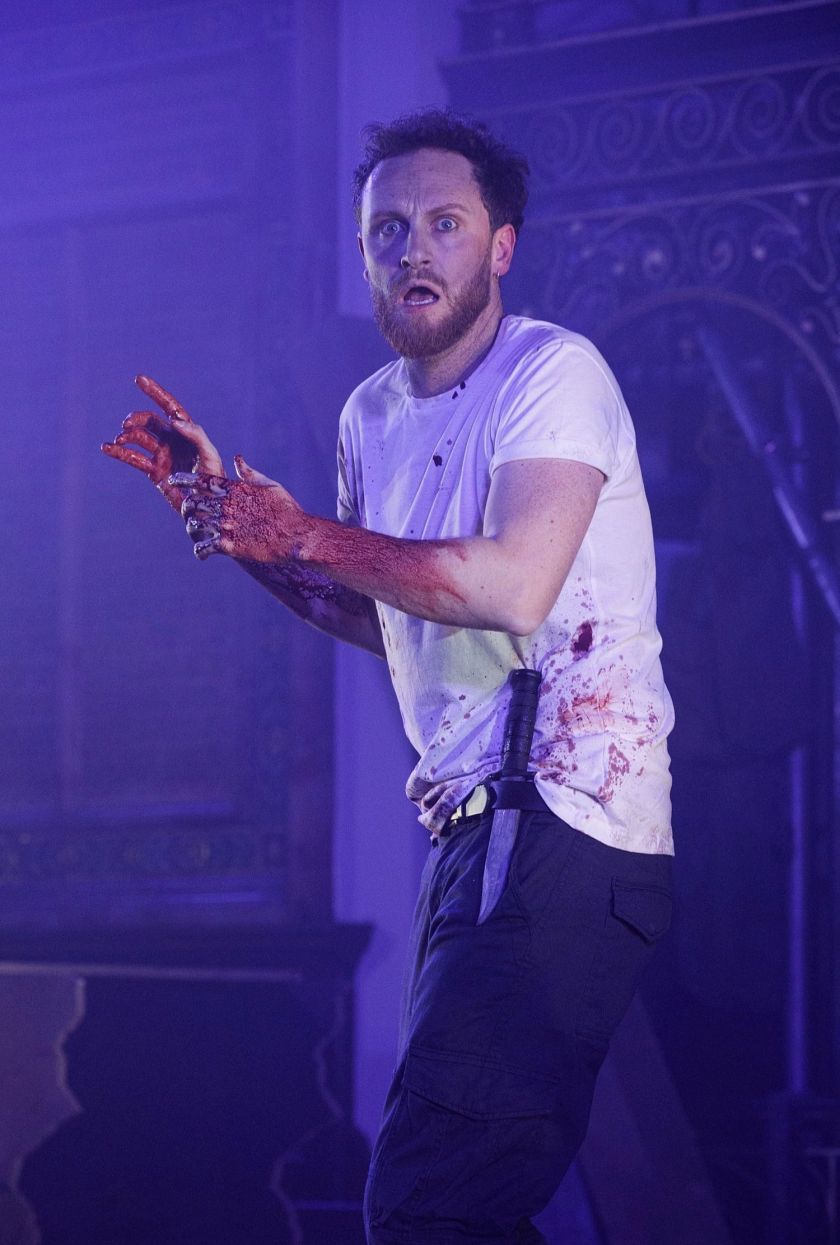 I find it virtually impossible to watch cheap telly because of the large obvious lies by actors who are only being monitored for look, and muffing the truth hideously. My television is very large mind you, so I get to see them lying even bigger… Once one of my flatmates put on “Made in Chelsea” and it almost made me apoplectic, watching the human zoo doing an acted staged version of their untrue truth and doing it worse than I thought possible. Through my fingers I said to my friend “I live in Chelsea – this shit reflects on me.” She was aware of my horror although not necessarily aware of the roots of it – how we were being fed staged interactions pretending to be spontaneous. “I know Flumpy!” my friend attempted as if knowing whatever nonsense it called itself makes me watching this lying fraud more palatable…

Anyway, I was writing about Macbeth. About two friends of mine succeeding in being wonderful in a Shakespeare play. Much better than the likes of Flumpy.

Uncut, Macbeth is already one of the shortest plays in the canon. It’s still a long watch, but if you go to watch a Shakespeare play you know you aren’t signing up for a quick fix. You’re more likely to get a short night with Maccers than a lot of the others. And like Dream and Twelfth Night, it’s a beautiful nut of a piece of work. It holds together. It’s made by a master. You can put it on in a school and it’ll carry almost as well as Dream.

This Macbeth is by Guildford Shakespeare Company. Like dear dear old Sprite (RIP) and good old Creation (very much alive) they’re making theatre outside of London, and reaching out into the local community as they do so.

I’ll be hanging out with Will soon, one of the lads from Sprite who I randomly taught back in the day. He’s old enough now to audition for drama school. He’s recalled to a few places, and no surprises there. He wants me to look at his speeches. It’s likely that the entirety of my job will be to help him understand he is ready for a training and build that confidence. I love that I met him back in the day on a regional theatre job. As with India. Even with Brian!

I miss Sprite. Thank God for the small creative companies like them and Creation that help tick over our strange and delightful community. Jack’s Macbeth is, at heart, a small group of talented people in a church on the high street in Guildford, using all their expertise to tell an ancient story as beautifully as they can.

He’s great. An assured and layered Macbeth. And Annabelle does a huge amount with little, as is her way every time she works. Text over trickery. I heard every word from both. I’m proud to have skillful friends.