I was getting home from the lovely day when I realised I needed a poo. The train left in 4 minutes. I rushed through it but there appeared to be no loos on board. No way I was going to make it home. Flustered, I got out of the loo-free train onto the platform at Guildford, where I accidentally punched my own phone out of my hand and hard into the concrete platform face down.

In the ensuing half an hour before the next train I paced the platform at Guildford somehow hoping against hope that resetting it would fix it. Nope.

I’ve often disliked iSmash. Big chain, on the high street, charging way over the odds to fix your device. I haven’t got a spare phone though.

I got on the train. I tried Google assistant. “Ok Google, what time does iSmash on the king’s road close?” Miraculously, my phone told me: “iSmash King’s Road closes at half seven”. So the phone isn’t dead. Just the screen.

Ok. Sod it. A destination.

I get on a bus from Clapham Junction. I walk up to the King’s Road and get to iSmash at 6. I’m thinking I’ll have to pick it up tomorrow somehow but no. Half an hour! How much?

Eye-watering. Two hundred and fifty quid. It’s like getting your car towed. Ow. But half an hour at six in the evening?! I guess that’s what you pay for. I’m off to Manchester tomorrow, early. I’ll need this phone. I’ll be paid more for tomorrow than I paid them to fix it. Balance?Karma? Fucknose. I’m just glad to be able to write on my phone.

I’ve been at the home of my dear old friend Dan. I’ve been recording some samples for a game he’s making. I haven’t seen him since I got politicked out of attending his wedding three days before the event in a way that still fills me with rage and powerlessness when I think about it. It was the single worst thing that has ever happened to me in the course of my job. I really hate some aspects of this insecure career.

It’s a mountain to climb to get back, but thank God we are old enough friends to stick the picks in and start hauling. We worked for a bit, then went for a walk in the park with Matilda who is a streak of lightning and hates anything speedy her size that doesn’t have nice smelling bollocks. Then we had a burger. Then a bit more work. 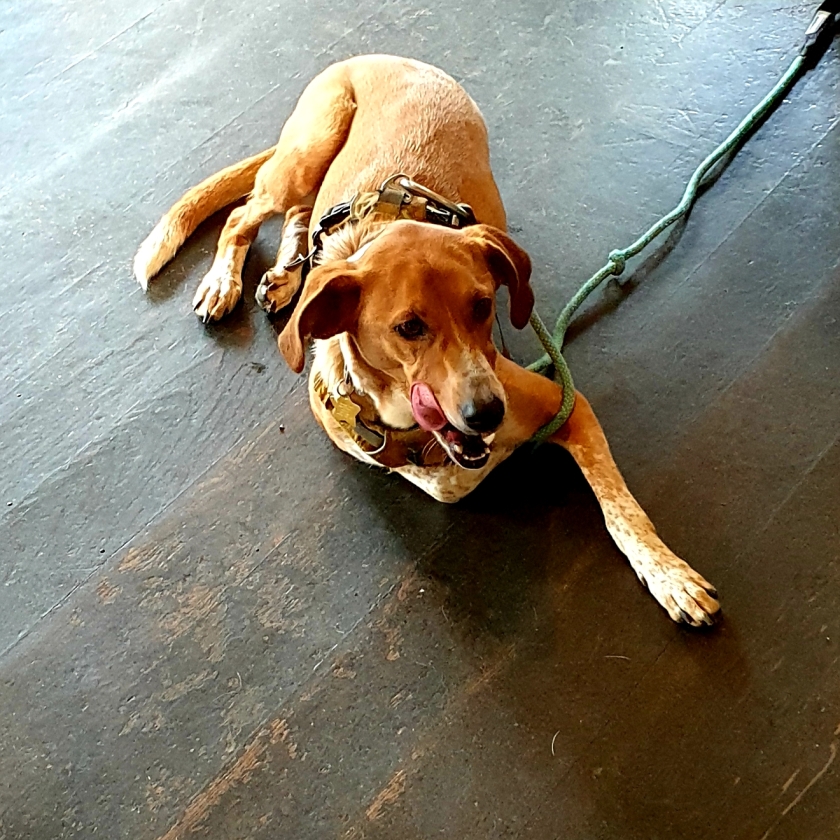 It’s good to have his friendship back, and Guildford is highly accessible compared to his old haunt of Canada. I’m looking forward to more time hanging out there in the near future, especially since Jack is about to play Macbeth down there.

Next time, though, I’ll make sure I go to the loo before I leave the house. Or keep a tighter grip on my phone.