Tis this strange time of year with no official name, where nothing is functioning, but some people are back to work despite the huge shadow of the approaching New Year freight train as it comes to smash us out of ourselves and into 2019. Some of my friends call this time of year “Malcolm” which pleases me because at least then it has a name…

It’s cold and strange. Some people are at work. Some are just lounging. All I had to do was a creative conference call about the next sackfull of madness that I’m throwing at the universe. That and accept a gig. January is looking a little busy now I’ll be juggling again. I’ve taken on a bit too much but there’s always room for more. So long as I can make sense of a whole lot of unknown I’ve bitten off. The unknown is always bigger than the known. Weird that.

I’ve just asked Perdi what I should call my blog today. I’ve been sitting here with a load of adopted family being antisocial and it made a sort of sense to pull them in and make them feel included, as a way of buying myself more time to vanish into my phone screen – that deeply stigmatised behaviour – in order to write my blog.

There’s a societal habit where, if you are crossing the road and a car is approaching, the driver of the car will speed up in order to force you to speed up in order to make the point that you shouldn’t be crossing right now. There’s a similar thing developing with mobile phones. If you pick up your phone, the person who has just been ignoring you will immediately start asking you complicated questions until you put down your phone at which time they will resume ignoring you, having rammed home that if you’re ignoring someone you shouldn’t have a prop. They have a point despite unconscious passive aggression. We spend so long in those little crackscreens.

Apparently we are going to play Articulate. Oh joy. Yes, at the moment, we are indeed in Twickenham dahling. Tristan and Tanya have moved here, to a part of town I know very well because my best friend’s parents live here. We went for a walk down the river in the sunset. We hit up The White Swan. It is cold here – the winter has started to show. Cold. Dark.

I’m going to drop the screen and play this game.

We won. The blog helped. The answer was “clams” for an all play with someone who reads my blog on the team. “The mollusc I blamed for my sickness on Camino.” There you go. This blog does serve a purpose after all!

This has been such a delightfully middle class day and evening. I think I shall have a glass of wine now, and then we’ll all sup and play another game. We only lack a fire, an army of resentful servants and an impermeable sense of entitlement. 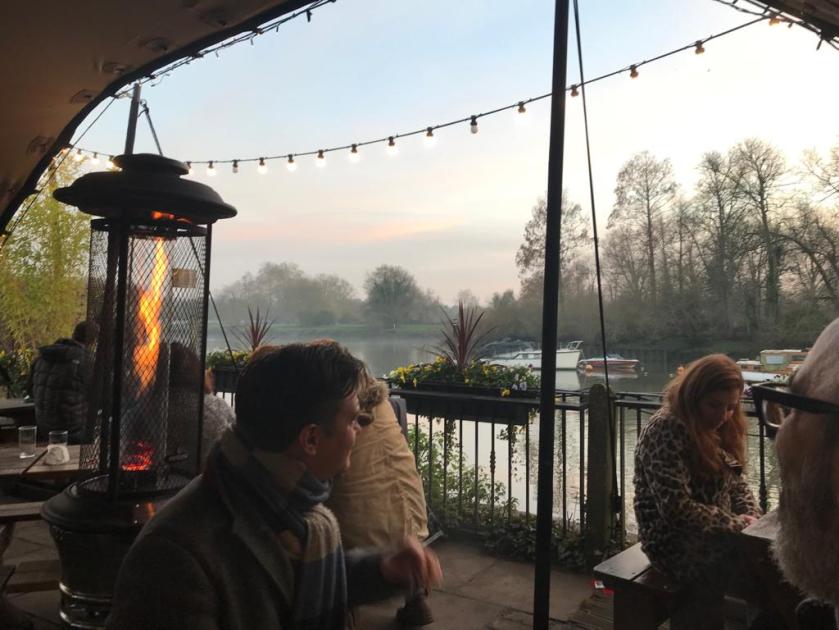