“Are you going to be on stage with me?” asks Holly Walsh. She’s a comedian off the telly I think. “No, I’ll be Voice of God,” I reply. “Oh that’s a shame. Because I was gonna make a joke about what you look like. Cos that IS a costume isn’t it?” I’m in a tattered ringmaster’s coat missing an epaulette. My top hat almost has as much moth as my trousers. I haven’t shaved. I have a beard coming… “I don’t normally dress like this.” I assure her. “You know what you look like?” she asks, and hangs the question up.

A young Errol Flynn? James Dean in his prime? No. Evil Adrian Brody? Nicholas Cage? No. “You look like a drunk head concierge at Claridges who lost his job years ago but shows up on the doorstep every morning anyway and tries to take people’s car keys.” I find that man’s voice, and riff on this character for a while, and her attention shifts. “Do you know, I think I’ve met you before.” She says. I mean, she looks familiar to me too, which might be because she’s off the telly box but more likely just because we’re roughly the same age, roughly the same circle. But I think she’s still fucking with me. Comedians…

Time shift. The dinner is underway. Four actor friends of mine have already adulterated A Midsummer Night’s Dream and now they’ve all left. I’m alone in Watkins 2, one of the bland subterranean rehearsal rooms in the bowels of this edifice. Alone I say? Well not quite. There are three catering boxes in here with me, and each of them contains a pile of ice and about fifty bottles of Becks. I have no duties for half an hour. I wonder… Perhaps I’ll emerge for the award ceremony stinking drunk in full Claridges mode and mispronounce all the companies that have been nominated in this year’s Logistics Awards before shouting “I know all the winners,” stealing everyone’s car keys mumbling “It’s still my job you know never wasn’t mine no no never fired not me. I’m THE FUCKING CONCEE hic CONCEEYAAAAAARGHH”, and dropping my trousers. 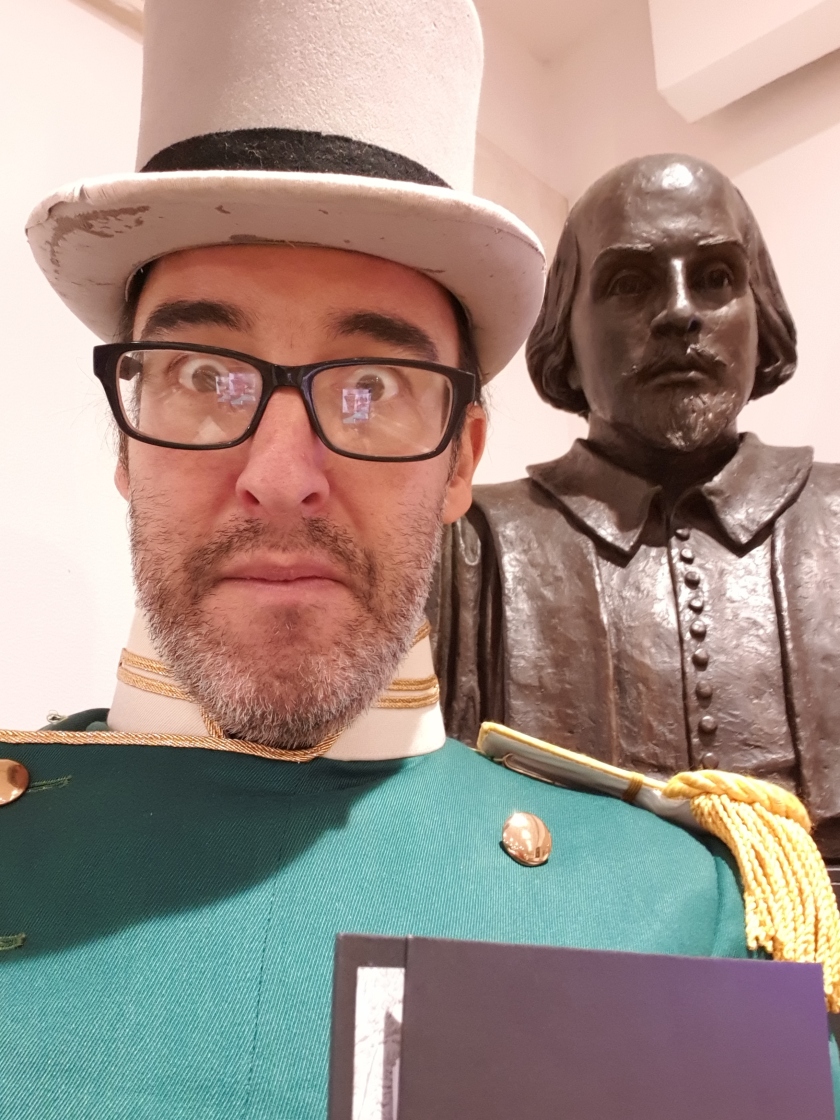 Now I’ve been encouraged into the room with all the clients in it. I’m having to make polite conversation and say no to prosecco but it’s okay because they’re lovely. Last time I did one of these in this capacity the client was a horrendous attempt at a human being. These guys are as far as you can get from that disaster area. We are coming to the beginning of the ceremony. Holly has a terrible cough and she’s worried she might have to pass her stuff to me. She won’t of course. It’s just a variance of nerves. But I’ll have to stay reasonably alert and on point just in case. So it’s just as well I’ve got the car, really.

She’s brilliant. Amazing. Funny about logistics? How the hell is that even possible? She made me laugh about stuff neither of us understand. With her at the front it was a piece of cake. All I had to do was talk into a mic a bit. A second night of corporate whackery. I was going to start my pilgrimage on my birthday but the draw of these two days was too strong. Now it’s one night at The Arcola and gone…