I’m at a school in Barnet talking to a bunch of kids. They’ve got a design for a kinetic energy recharging speaker-bed. The more you jump on the bed, the more energy you generate. They’re marketing it to 4-18 year olds. “Have you all agreed on the age range?” I ask them. “Yeah. Grown ups don’t play. Besides, my mum is 40 and she’s exhausted.”

I know how she feels. This time at least I got myself to the right place. But I can barely keep my eyes open and I’ve got to do Macbeth in a little over two hours. Grown ups don’t play? My hat.

And there I was in another school this evening. I thought I had it easy but you never have it easy at The Factory. I should know that by now. I thought I was Lady “only one self contained scene” Macduff. But no. Banquo. And also, 1 hour before the show “Oh and you’ll also be Menteith.” Shit. I didn’t know Menteith. Now I sort of do. Playing to a bunch of tired kids, some teachers and a few visitors. I didn’t know it would be a school show. I’m schooled out. If I was sensible I’d go straight home. But I’m not. Pub.

“Grown ups don’t play”… A person got me over to help her move her narrowboat last night. She’d have had to fight me to get my hand off the tiller. There I was grinning like The Joker and trying not to bang off the sides and we scooted down and found a mooring under the Westway. While I was lying on the towpath trying to force a rope through a gap someone shouted “Al Barclay.” I stand up covered in shit. It’s only another actor, a friend, someone who is doing good things. On the fucking towpath. I’ve been in this city too long.

Macbeth was lovely tonight as ever but my phone has now decided it’s roaming so it won’t connect to data. I’ve got just over a month before I can legitimately escape from those catastrophic Vodafone morons. But I’m now getting words written on the pub WiFi surrounded by beautiful bold crazy actors most of whom I’ve known for years. It’s odd to be in the room with these glories and be clocked out to my phone. But this blog has taken on its own momentum now and until I can afford better technology, every day is going to be stream of consciousness coping mechanisms.

Every few seconds I get a pop up I have to cancel about roaming. It’s absurd.

Anyway. Grown ups don’t play? I’m here with my friends. This is play time. I did a workshop this morning helping kids understand that innovation is personal, not regulated. Then I did a show where people work to be as honest as they can with ancient language. Now it’s coming up to closing time, and this “Managed Roaming” pop up on my shitawful handset will make things impossible as soon as I’m off WiFi. I’ve had enough of this shit. But that’s 500 words… 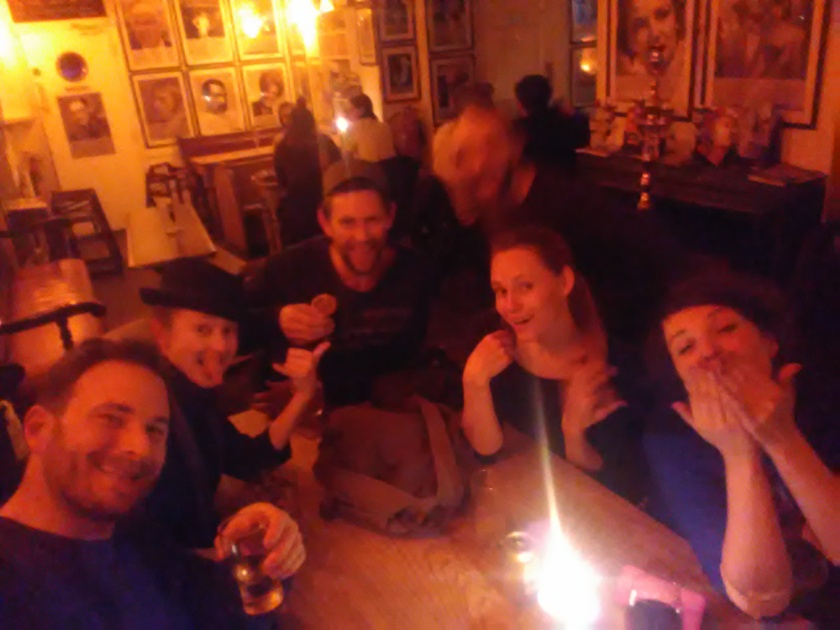