After work today I went with a friend to her home. She’s lived there for as long as I’ve known her – over ten years now. She is an extremely talented intelligent and attractive human being. She has a lot of love to give, and also the inherited fear of being alone that plagues many of my friends and forces them into toxic relationships. I have been her friend for long enough to know that even if I respect her judgement in every other matter, she’s magnetically drawn to men who will hurt her. I often see this tendency in my friends. Perhaps it’s why I don’t often engage with the game of it myself despite sometimes missing that level of companionship. I see too many people pouring themselves into cracked pots. I neither want to be a cracked pot, nor to fruitlessly seek to fix someone else’s.

Brian said something recently about one of my mates: “That one isn’t just Al-weird. That one’s weird weird.” Brian understands that there’s a basic level of odd running through the people in my life and was warning me that there might have been more to one particular friend (not the one from tonight). I think he was right in that instance, even if I still don’t like that he felt that. I tend to just accept whoever you are, and deal with you now one on one. It can get me into trouble sometimes, and I am learning the hard way not to be too trusting, but many of my most satisfactory friendships are with people who are – objectively – unusual, and who have been extremely hard work at times.

This particular friend from tonight has the supernatural power of excluding all positive things she hears about herself no matter what the source, and focusing, magnifying and dwelling on the negative things. It has made for a hard friendship sometimes, and a circular one at others. But we usually have fun together. My job as a friend is not to fix her and it’s only if I try that it gets frustrating. My job is to talk about fun things, and derail the circular negatives as best I can with my usual brand of naive immediacy.

I went with her to her home because she has just got back from three months away and was worried that the asshat she still loves and who has done nothing but bully and attack her for literally years might have destroyed all her possessions out of spite while she’s been away. I’d been advising her to kick him out before she left but she couldn’t bring herself to. Too damn kind. I get that. Hearing her expectations I was going to walk into a flat with “Lying old crone” daubed on the wall in faeces, dead animals and shredded letters all over the floor, and all the pillows burned. “Nobody would be so petty” I said, but he’s pretty damn petty this guy to be frank. He’s a nasty entitled little bully. It wasn’t as bad as she thought thankfully, but she was still deeply upset at the shared things he took. Their snake was still there, though, alive and well, and she picked it up with relief and care. “It’s crazy that you can give so much love to a snake,” I said, but she didn’t get the inference. Or she chose to ignore it.

They sat there and watched the sunset together. It was so beautiful. Then after sunset the rattlesnake turned to the little boy and asked, “Can I go home now? I am tired, and I am old.” The little boy picked up the rattlesnake and again took it to his chest and held it tightly and safely. He came all the way down the mountain holding the snake carefully and took it to his home to give him some food and a place to sleep. The next day the rattlesnake turned to the boy and asked, “Please little boy, will you take me back to my home now? It is time for me to leave this world, and I would like to be at my home now.”

The little boy felt safe now, and carefully picked up the snake, took it close to his chest, and carried him back to the woods, to his home to die. Just before he laid the rattlesnake down, the rattlesnake turned and bit him in the chest. The little boy cried out and threw the snake upon the ground. “Mr. Snake, why did you do that? Now I will surely die!” The rattlesnake looked up at him: “You knew what I was when you picked me up.” 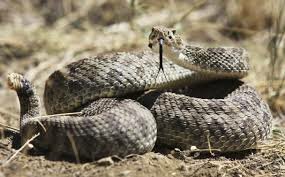