Last night was spent in a barn with 50 strangers. There was a lot of live music and singing, and we were participating in a ceremony. One woman had a huge gong and was able to play on it exquisitely. Because I was there as part of an ongoing healing process that I have embarked upon this year (and this blog is part of it too) then I don’t want to talk about the details of my experience. The easiest thing to say is that I found it extremely valuable and powerful.

Afterwards I walked for hours down a canal. I wasn’t really sure where I was going, or why. I just wanted to walk in nature. 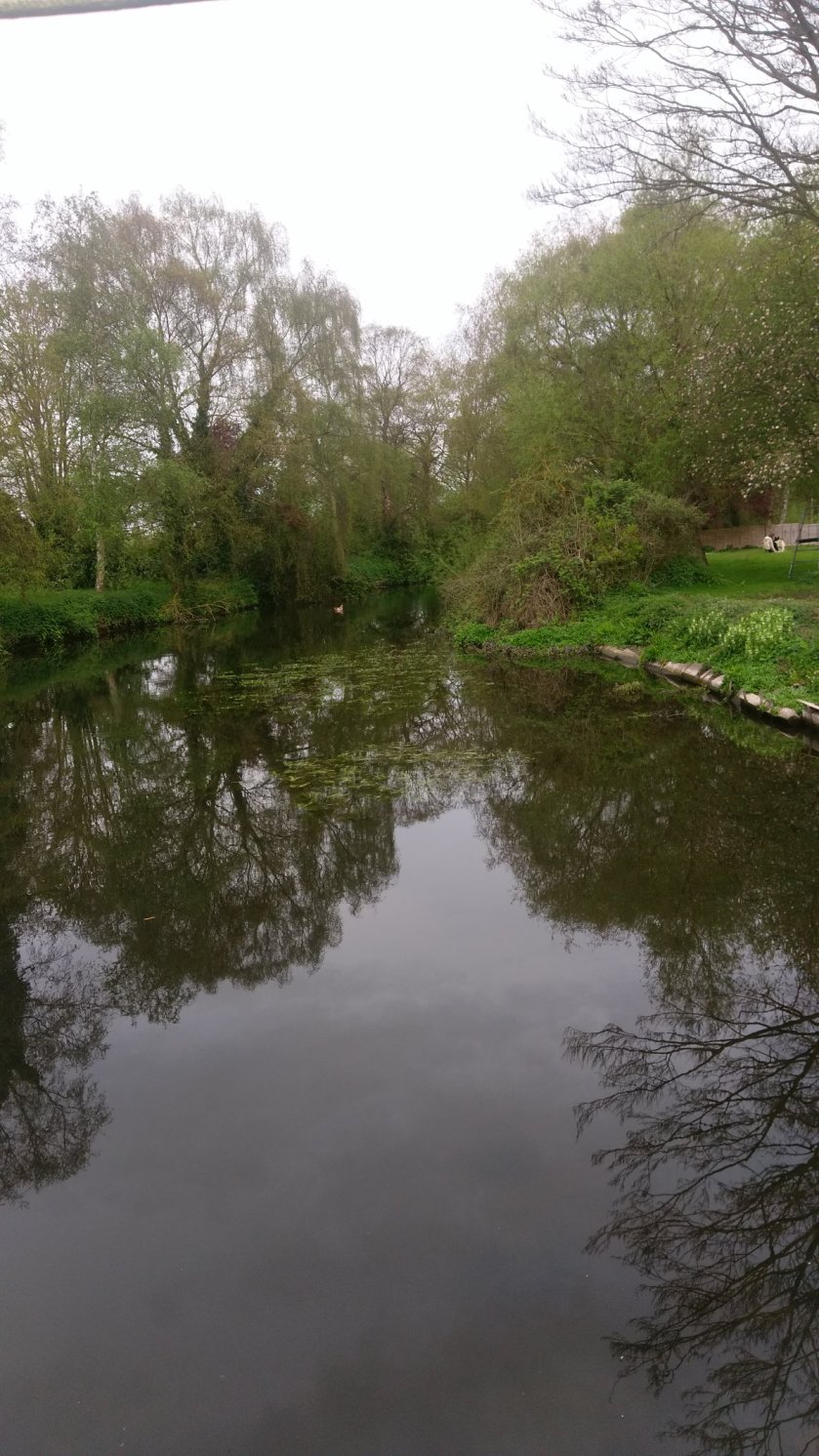 A man called Francis had recommended it to me. He had two beautiful dogs, (you can just see him and the dogs in the right of the picture). I was inclined to take his word for it as he seemed the type to do a lot of walking. It was a great. If I hadn’t had my rucksack on I would probably have ended up in Birmingham, but once I started to notice it was feeling heavy I got out google maps and ended up on a bus to Wembley Park from somewhere in Middlesex. We went through Pinner, where I used to look after old people as part of the community outreach of my school. There was a man called Mister Dyke. When I was 14 me and Dan would see him every Tuesday, and every Tuesday he would say “I didn’t know YOU were coming today.” We would pull out weeds from his garden. He never had the heating on but he always had all four hobs on full. He told us that this was because he got his gas subsidised but not his electricity. I didn’t know if he was right or not, but I was always worried he was going to blow himself up.

We went past the bottom of the hill where my school still lies. The bus went through the bus stop where Dan and I would wait after visiting him. I thought about that kid. I wondered if he’d recognise this “adult” sitting in the same seat in the bus, who still thinks it is a good use of his time to stay up all night meditating and singing with a load of strangers, and then go for a pointless walk for hours just because. He probably would.

Getting home was a great though, especially after only a couple of hours fitful sleep. I feel rested but I know my body will thank me for a proper sleep tonight. The brilliant thing is, the weekend has barely begun, what with this Easter malarkey and the extra day. Although a bank holiday means sod all in theatreland. I want to sort my flat out, and get some bags down from the attic, as I’m still in a jobhole and need to make sure my time isn’t wasted. Plus there’s likely things I can sell for a few bob if I’m organised with ebay. Old computer games and so on.

Since I got home Brian and I have just chilled out in each other’s company, cooked for each other, and shared a happy lazy Saturday. Sometimes that’s all you need to make the day complete – companionship and relaxation.