My old college friends massed together in Manchester last night, reconnecting, for a fortieth birthday. It’s hard to ignore the passage of time, when you’re confronted with your youthful companions of foolishness, and almost all of them are talking about their kids. It was particularly resonant after the conversation with the Imam yesterday. These are people from my drama school. And they’re almost all settled, bred up, doggerised, mortengaged, doing the stuff we childishly decided we were supposed to do when we were grown ups.

It was a lovely night. The next morning I hung out with an eight year old whose dad lived in my flat for years, sleeping in the room I now sleep in. We dreamed and planned and fought and laughed. “Remember when we moved in and there were literally no doors,” he says. “And no furniture but two beanbags.” He’s younger than me, this dad of two, this dear old friend. All of these friends and mums and dads of two are younger then me. “What’s harder – going from no kids to one? Or going from one kid to two?” They ask these questions like I might ask my friends if they prefer a Margarita or a Pisco Sour.

I feel ancient. “We’ve known each other for longer than I was alive when we first met.” Nooooooo! Another beer.

Being out of work still and with no kids or loved ones, I’m not in any great hurry to get back to the smoke. I’ll always make it in time for an audition if one happens as I can smash it in the new whip. But while I’m in the North I may as will enjoy being out of London. I saw my cousin. We went for Sunday roast in a country pub where they didn’t behave like they hated us. The Indian summer is not disappointing after the heatwave. We sat outside and tanned and gorged. Then I jumped in the jag and was in Liverpool almost immediately. Now I’m in Birkenhead. Near the ferry to Douglas. I could go back home tomorrow although the keys to the place in the IOM are in London and it’s about £120 on the boat. I think it’s probable I’ll sleep in London tomorrow unless we can find a reasonable distraction. I tried Wales but everyone’s too busy. I reckon we should get a car load and go to Douglas in November. See the seals.

For now it’s friends and wine in Liverpool. I’m staying with Golfo and her parents. Golfo and I cleared out a huge warehouse many months ago and realised we were great friends. Her dad spit roasts lamb like nobody else. It’s only right that while I’m in the north I play Pictionary and Pass the Pigs with her and her parents here on the Mersey. And now I’m winding down and she’s put on Only Fools and Horses. And there’s Roger Lloyd Pack. Lovely man. I had a few beers with him a few years ago and oh yes he’s dead. The passage of time again. Bollocks. It’s following me around today.

I’ll have another glass of wine then. Pass the Pigs. 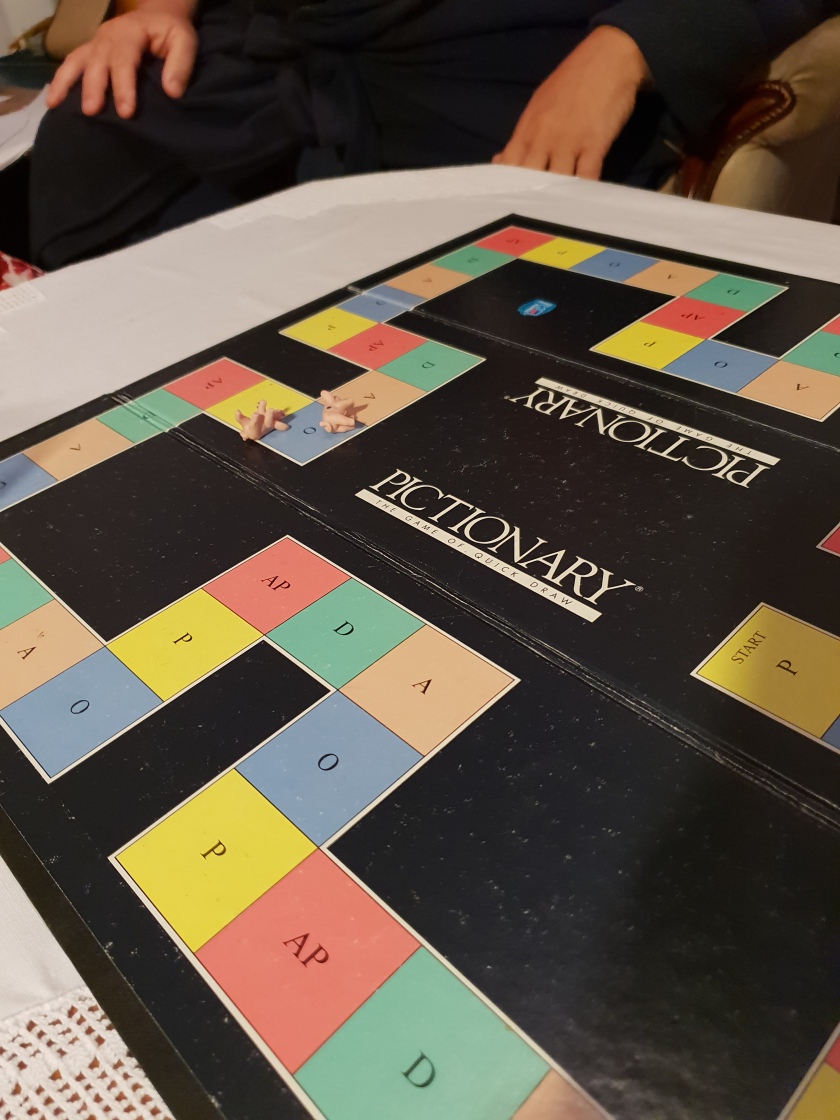