All this stuff about the chocolate cake and the wrong country. It makes me very uncomfortable. I’ve tried to avoid politics so far in this blog apart from an occasional little rant. I’m sure I’m going to be roundly educated about all the things I’ve got wrong. But here’s my take on the cake.

It’s theatre. Xi Jinping is having dessert with a maniac. “Oh you gotta try the chocolate cake, it’s just the best.” Xi humours the maniac. He takes a little slice. He eats it. That’s the cue that the guys have been waiting for, stationed there by the maniac. “Isn’t the cake just the best cake?” says the maniac. Xi continues to humour him thinking *What the fuck is wrong with this guy?*. “Yes, the cake is good.” he says. And on cue a bunch of aides interrupt. They’ve been told to. “Oh excuse me a moment…” *mutter mutter mutter* “Well that was a surprise. I’ve just this second unexpectedly given the order to bomb Syria. Would you like some more cake.” 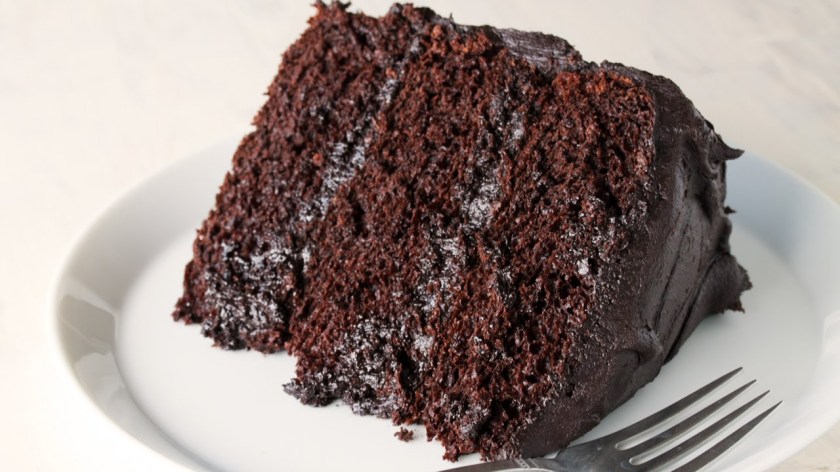 Missiles must have a shelf life. May as well fire them off if they’re approaching it. The fact that loads of them didn’t reach their target implies they were on the way out. Then later on when interviewed by Fox, maniac gets the name of the country wrong. “Iraq” he says before he is corrected. He doesn’t care or know. “One of those middle eastern places” is as far as he is capable of differentiating. Maybe not even as detailed as that. “One of those muslim places.” But it was never about where the missiles were fired. It was about the theatre of firing them just after getting Xi to say “Nice chocolate cake.” Big happy inconsequential positive, news comes in, total change. It’s a very old storytelling device. Because he may be a maniac, a dolt and a sociopathic narcissist but he’s not an idiot. He’s clumsily sending the signal that he is a dangerous man of action. A clumsy one. Which lends weight to whatever veiled threats he had been making, and is followed up by mobilising his fleet towards North Korea. What human cost?

He’s not playing politics as politics, he’s playing it as business. But he’s playing it with so many nukes in his arsenal that he could wipe out humanity. He is also playing it, most likely, with the childlike and probably incorrect belief that whatever defence system there is in the US will catch the nukes out of the sky over America. And without the understanding of global climate that would inform him that blowing everybody else up, even if he does shoot out all the nukes aimed at him, is still going to be disastrous for him.

This is posturing and positioning. He fired about $60 million worth of tomahawks into a geographical area he doesn’t really understand or care about in order to make a point to a man he thinks of as his business rival. Even if, as I suspect they were, the missiles were disintegrating, there is still a huge human cost that he will never lose sleep about from the ones that exploded.

What makes a good businessman? I would argue a total lack of empathy comes very high up. Ideally coupled with the ability to mimic empathy. It’s no surprise that David Icke arrived at reptiles when he was constructing a conspiracy theory about the illuminati. Crocodile tears. Reptiles are a good animal model for the sort of sociopath that seems to be inevitably bubbling up at the top of many of the major economies in the world. Ability to shed skin, total unstoppable hunger, immunity to feeling, ability to blend in. The problem is, total catastrophic failure in business doesn’t usually have a global effect – although the recession might argue otherwise. If there is total catastrophic failure in any of Trump’s power plays, the global consequences are vast. He can’t just declare bankruptcy and start again with a new planet a few years later.

I’m getting more and more worried about what is going to happen with this guy. America can still be first if most of the globe is irradiated, and at heart I fear the maniac thinks “If I’m ok, everything is ok.”

I’m off to the countryside for a weekend of contemplation, so I’m writing this in the morning before leaving and scheduling it. I can’t have chocolate cake or I’d be wolfing the stuff.